The cozy lakeside abode of Mike Talbott and his wife, Dixie, has come to house much more than two people and their immediate family. It has also become the home of Joyful Noise Ministries, a resource for Christian musicians seeking a vehicle by which to record, publish and ultimately share the music that springs from their souls. -->


It has become a haven for singers, instrumentalists and songwriters in search of an outlet for their craft. It has become a springboard for mentorship, fellowship and song.Most of that occurs in the basement, where Talbott has installed a 40-track digital recording studio, complete with full mixing and mastering capabilities. There, Christian musicians are given an opportunity they might not otherwise be granted: a chance to record their music in an atmosphere that is simultaneously professional and nurturing. While Joyful Noise Studio has all the components of most commercial recording studios, it also offers some amenities that secular studios may lack.

“This studio is not pressured against the clock,” said Talbott. “In a commercial studio, you’re dealing with the presence of an engineer, the clock, and expectations. The Lord’s presence is secondary to all that. We try to create an unobtrusive, warm environment, by just letting it flow. There’s no glass wall between the artist and the engineer here. Before we record, we talk and we pray. We focus on what we’re feeling in the heart.”

In contrast to the stark, utilitarian decor found in many commercial studios, Talbott’s studio has a soothing, friendly ambiance to it, with a row of windows on one wall offering a tree-filtered view of Eagle Lake, north of Big Lake. A large brick fireplace takes up a second wall. Bookshelves, filled with family photos, line a third. Lest an observer might mistake this area for a domestic sitting room, musical instruments, headphones, microphones and stands dominate the room’s interior, and a fourth wall is crowded with a computer, compact discs, speakers and a mixing board. 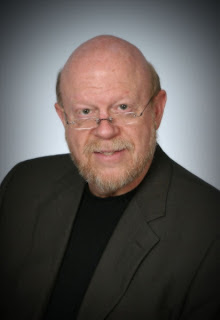 Talbott, while interested in putting musicians in what he feels is the best frame of mind, body and spirit to bring out a heartfelt performance, also appreciates and understands the value of quality equipment and a good ear. He strives to achieve the perfect balance between emotion and technology, as a means for empowering musicians to spread their musical message, to maximum effect.“The attempts at quality are still there, but they’re secondary,” he said. “Perfection is a great goal, but that can only come from God. And it works. We’re able to produce good music faster, largely because we take the tension out.”

Joyful Noise Studios of Minnesota, located in Big Lake Township, opened in November of 2001. Since then Talbott, a transplanted Monticelloan, has been working steadily with more than 15 central-Minnesotan songwriters, recording and mixing almost every night. He has not yet had to seek out Christian musicians. They have come to him, mostly by word of mouth.“God sends ‘em,” Talbott said. “Every indication that we should do this has been affirmed. Right now, we’ve got no website, no cards, no brochures.” To date, Joyful Noise’s services to songwriters have included demo CDs, tapes, instrumental performance tracks and musical transcription. Two full-length CDs of original material have come to full production.-->

One of his best avenues to notoriety has been First Things First, a Christian band with which Talbott has been involved for the past two or three years. On a visit to Buffalo Evangelical Free Church, Talbott encountered a musical praise group called Glory Road, whose membership included Jenny Robinson, a vocalist, and her husband, Brad, who sings, plays guitar and writes music. The Robinsons and their musical partners had been praying for a bass player, among other things. Talbott, a brass and bass player, joined the band. The musicians in Glory Road soon entered a period of self-evaluation and evolution, examining their personal priorities and ambitions. Deciding that Christ and family had to come ahead of musical careers, the band changed its name to First Things First, and its focus to praise and worship. As sister ministries, First Things First and Joyful Noise have prospered spiritually, expanding their activities far beyond the writing, recording and performing of music. They assist the music teams of other churches in transforming their worship services to less traditional, more modern musical experiences. They also conduct regional praise and worship seminars, focusing on the concept of worship, its Biblical basis and ways for churches to encourage growth through worship experiences.

Through Joyful Noise Productions, the band provides local Christian concerts, worship services and special ministry events. Through Renanah Publishing, local songwriters are afforded an opportunity to place their music with Christian recording artists and other publishing companies, enabling them to potentially take their music beyond the walls of their own churches. At this time, the Renanah Publishing catalog consists of about 60 songs. Joyful Noise Studios assists Christian songwriters and musicians in developing their music, honing their skills and helping them to reach an audience larger than their local churches and ministries.“There’s a lot of God-inspired talent around here,” said Talbott. “We’re providing an alternative way to get Christian music spread around. That’s a big part of our ministry: taking music that’s being done locally and sharing it. If God has called you to write a song, He may or may not want you to keep it local. That’s our real goal; to find people with a musical idea, help them capture it and get it out.”

Though the music of First Things First is an acoustic, alternative style (characterized by Brad Robinson as “worship boomer music”), Joyful Noise Studios are open to all styles. They have so far recorded Christian music in the genres of jazz, rock, acoustic and alternative. “One of the beauties of Christian music is that it’s united by the redemptive power of God,” Talbott said. “You can’t limit God to one style.”The future of Joyful NoiseJoyful Ministries has a number of projects slated for this fall and into the coming year, including serving in an advisory capacity for two Buffalo High School students who are recording a six-song demo of original praise and worship music as an independent study project. A compilation CD of locally written and performed music is also being prepared for publication. Two more full-length CD projects by Christian musicians will start recording in September, with anticipated release dates in late summer or early fall of 2002.

In the interest of generating revenue for the musicians and for Joyful Noise alike, Talbott will focus his efforts on placing songs into the repertoires of Christian national recording artists, recording labels and publishers. From the inception of Joyful Noise, he has been funding the operation out of his own pocket. Talbott is not a full-time producer. His dayside occupation is in sales and marketing for Catalog Marketing Services in St. Paul. “It’s not about money,” said Jenny Robinson of their joint ventures with First Things First and Joyful Noise. Talbott concurred. “You can’t serve money, money has to serve you,” he said. “I got some good advice once, and that was to never ever confuse the music business with my ministry.” Renanah Publishing's catalog, with the proper management and a bit of blessing, could eventually generate enough revenue stream through publishing rights to make the enterprise self-supporting. Talbott is optimistic of that dream becoming a reality.“Not only will God be glorified, but cash will be generated,” he said. “I’m trusting God. I’m not worried about it.”

Email ThisBlogThis!Share to TwitterShare to FacebookShare to Pinterest
Labels: The JFN Ministries Story