A New Way to Fund Ministry 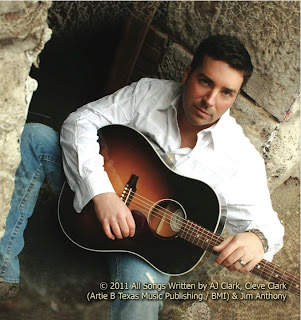 Jim Anthony is recording another CD... this time with a special emphasis on the stories God has been calling him to share about his faith/life experiences. As Jim has been writing and now performing these newest songs, he's seeing the Lord use them and his "stories behind the songs" to bless others who need to be encouraged in this time of economic, family, and personal challenges. Jim is definitely God's called man... for "such a time as this" delivering hope, encouragement, and sharing his testimony of his faith in a personal and ever-faithful God throughout difficult times.

As Jim was planning this newest CD, one of his biggest challenges so soon after his most recent release (Good To Be Me, released in April 2012) was getting financing for the project. Jim selected Kickstarter.com as his vehicle for fundraising. Kickstarter is a website designed to fund projects of all sorts, so it made sense to Jim to use Kickstarter as a tool to engage his fan base in his newest CD project. Additionally, Jim and I felt there were others who believe strongly in the need for encouraging others, both inside and outside the church, and the need for spreading the Good News through great music and strong lyrical content. Given an opportunity to participate through a vehicle like Kickstarter, many of these others would choose to support this project and thus become engaged in Jim's ministry by their support.

I'm thinking Kickstarter could also be a great way for emerging Christian Artists to help fund their music projects...and it's definitely easier and a better way to fund ministry than trying to do so though today's complex and ministry-limiting record label deals. However, with all good things Kickstarter comes with a catch...  Even though Jim is an experienced singer-songwriter with several CD's under his belt, and is almost 2/3 of the the way toward his goal on Kickstarter, he only has 33 more days to meet his goal. According to Kickstarter rules, a project must be completely funded (you have to meet all of your monetary goal) to get any of the dollars pledged by the fundraising deadline...

We have an opportunity here. We should recognize what each of us contributing even $5 or $10 can do to make Jim's goal a reality....we can actually make this new CD happen for Jim, and, in doing so, add our names and prayers to his list of supporters. Jim is counting on us, and has incentives for each of us to become a supporter, even if we only pledge $1, $5, or $10...

So, I have a couple of challenges for you: Would you be willing to engage with Jim by pledging by engaging in ministry with him? Would you also be willing to send this post to ten others you believe would want to be part of this ministry also? Would you support Jim by posting this on your blog, Facebook, Google+, and/or tweet about this? Will you pray that God will use this method of fundraising to enable even more folks that God has called to reach those who need Him? Will you help us make this project happen?

To make a pledge, or for more information about Jim, Kickstarter.com, or this project, go to Jim's Kickstarter project by clicking here.
Posted by Joyful Noise Ministries on 2:24 PM No comments: