Riverside Church Does Outreach Through "A Christmas Carol"

This article, written by Mike Talbott was originally published in The Monticello Times (http://monticellotimes.com/), on December 19, 2013...
Riverside Church's "A Christmas Carol" Seen By More Than 2400 locally and in 6 Countries 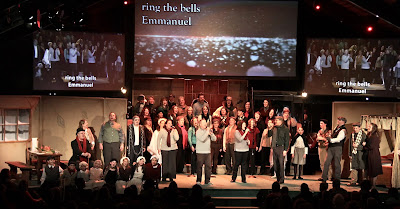 Carolers are singing, brass bands are playing Christmas songs, and they're all dressed in Victorian garb.  Suddenly, the room goes darker.  Then, as the light comes up, 36 Victorian “townspeople” begin wishing members of the audience a "Merry Christmas" as they move to the stage. Soon after, without skipping a beat, the townspeople and band join to perform a new Christian radio song about the birth of the Christ Child.  At the same time, the audience ("guests," as they are called at Riverside Church) are transported back to the Victorian era through costume, multimedia video, and on-stage scenes to hear the story of Ebeneezer Scrooge in “A Christmas Carol,” originally written by Charles Dickens, adapted as a musical and produced "Riverside Church-style." 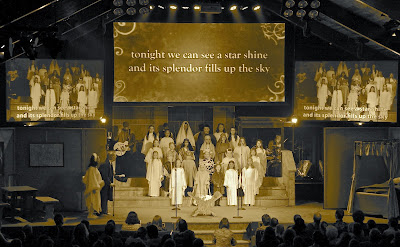 Each year, the production process begins about four months before first performance. In order to keep the presentation fresh and relevant for guests each year, the staff goes through a rigorous process of choosing a production, reviewing the previous year’s performance notes, writing and editing script, creating videos, and choosing music for the production.  Next, drama people, soloists, choir, instrumentalists, stage crew and tech team member selection begins.

Equally important, guest services teams are recruited, which include greeters & ushers, parking lot attendants, cookie bakers, and children’s program presenters (yes, there is even a "presentation" geared to the little people!)  Once a performance is close to "sold out" Riverside's production is also webcast via the internet; because they strongly believe people should feel welcome and at home, Riverside uniquely recruits "chat hosts" who greet people as they join the webcast. Those same hosts stay with any who desire to communicate, ask questions, or comment during the performance, or until they leave the stream. In total, this year’s volunteer crew numbered almost 500 people from Riverside. 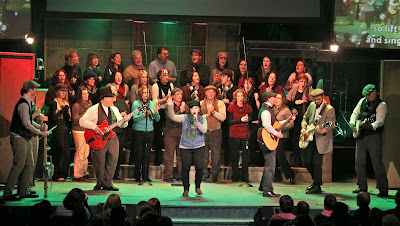 Of note is that Riverside has never charged a fee for any ticket in its 20 plus years of productions, nor do they receive an offering. Why?  According to Skipp Machmer, Executive Pastor and Executive Producer of Riverside’s productions, "We do these productions to reach people living in an increasingly challenging world to deliver a message of hope and to provide an opportunity for them to trust their lives to Christ... not to showcase the talent of our people or to entertain our own regular attenders. We know that on any given Sunday, within a ten mile radius of Monticello, only about 12% of the people are in a church. 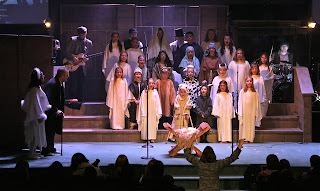 We want to find ways to tell the other 88% how much God loves them and offer them the opportunity to learn more about Him after the productions are over.  We also want to invite our guests to “come and see” how they can know him better by attending services with us. Our productions are one way we believe we can reach some of this 88% with this message, and we continue to asses all of our plans and activities to make sure they are REAL AND RELEVANT to our culture, helping people experience LIFE CHANGE and giving them the opportunity to take OWNERSHIP of their faith.” 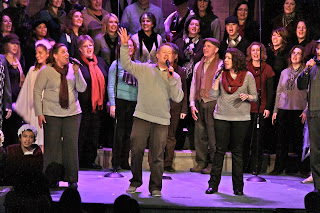 So, how have Riverside's productions delivered on this effort? The numbers are revealing in terms of assessing whether productions are well received; this year's attendance at the church for the five performances was approximately 2400 and online viewers numbered over 350 from 6 countries. Having offered both Christmas and Easter productions to the public over the past 20+ years, the attendance at Riverside church has risen from about 900 four years ago to an average of about 1250 thru last July and attendance has averaged about 1400 on Sundays this fall.

Skipp Machmer concluded, “Perry Noble may have said it best: ‘Every person has a name, every name has a story, and every story matters to God.’
For more information on Riverside Church visit their website myriversidechurch.com
.

Posted by Joyful Noise Ministries on 12:25 PM No comments: Links to this post 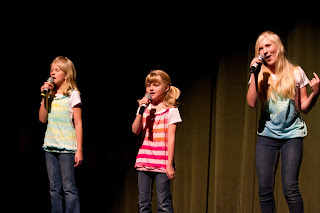 Can’t make it to the Riverfest talent show on Friday night?
Come to Ellison Park from 10 a.m. to 3 p.m. Saturday July 13, to hear local artists perform while you enjoy a “Taste of Monticello” and visit the many artist and craft vendors at participating this year’s Riverfest Art in The Park.

“We have many talented performers right here in our local area at various stages of development in their talents,” said Perry Sloneker, Master of Ceremonies for Friday night’s talent showcase and a board member of the Monticello Chamber of Commerce and Industry.

Singer-songwriter Jim Anthony is from Buffalo. He’ll will appear on stage at 1:45 pm. Saturday at Riverfest during Art in the Park. (Submitted Photo)
“It seemed a shame after all their hard work preparing for the talent show, to give them just one opportunity to show what they can do, so we decided to offer another venue for them to perform for our community,” Sloneker, said.
So, starting at 10 a.m. this Saturday, July 13, six groups ranging from middle school age to seniors will perform for the Riverfest crowd... (Click here to see the rest of the story in the Monticello Times.)

Posted by Joyful Noise Ministries on 4:12 PM No comments: Links to this post

Need some lifting up? Jim Anthony's TV show taping this Sunday...with you and your friends! 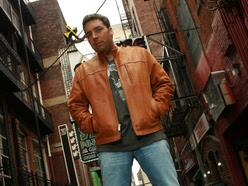 Jim is taping a TV show in Brooklyn Center with a live audience this Sunday, May 19 (click "TV show" for more info and to invite your friends) and we want you and your friends to come!

Jim has a long history of great songwriting and performing. Over the past few years, as he's dealt with the challenges of life most of us face at one time or another, the collection of his songs has come to reflect his stories of challenges, struggles, and just plain living day to day in this flawed world.

Many of these stories, especially those captured in last year's album, "Good to be Me", and in his most recent album "Better Day" (released earlier this year) are not about the "problem", however. They are, in fact, great stories of hope, of overcoming obstacles, and of declaring where he has put his trust. Uniquely written to reach those who may not think of a traditional "church" as a place of solace and comfort, Jim's "stories" are directed, not in a "preachy" way, but like a friend telling a friend the truth of scripture, and the saving grace of Jesus as He has impacted Jim's life. It's simply Relational Evangelism in Song...

Make no mistake, this is not your regular Sunday morning go-to-church praise and worship fest. It is, however, a story-teller's way of sharing his gifts...Americana music songwriting at its best....and songwriting that tells how his relationship with Jesus has comforted, guided, uplifted and given him an unshakable hope for today and for the future.

Posted by Joyful Noise Ministries on 2:37 PM No comments: Links to this post

How to experience worship more deeply...Tonight!

Come to "The Well" tonight, Thursday April 4th, for a refreshing time of acoustic worship! Tim Lemmens is leading, joined by Mike Graff on guitar, me on bass, and Roberto Tapiz on hand percussion.

"The Well" is one hour of extended worship time from 8:00-9:00 pm, providing an extended worship experience very different than what we are able to have in the time frames available to us in our home churches on a Sunday morning. For me, each time I've played bass for this event, I found myself as deeply in worship with my God as I have ever experienced...
We would love to have you join us so you can experience this form of worship, also.

Here's the location: New Horizons Church 10904 57th St NE Albertville, MN 55301, and a map and if you can't make it tonight, we'll be presenting "The Well" the first and third Thursdays of each month.

Posted by Joyful Noise Ministries on 10:32 AM No comments: Links to this post