2008 Christmas Time Greetings from the Talbott's...

We’re in Ohio this year for Christmas visiting some friends and family, and thought we'd post this to bring you up to date on our 2008.

Dixie entered a photo contest this year. She didn’t win anything. So, then she decided to teach herself to watercolor. So far, nothing worthy of framing, according to her (her Cat painting, in my opinion, was fant 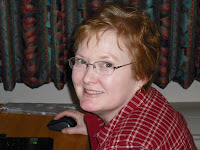 astic!) She's improving her painting daily keeping her brain cells activated and challenged. She became an avid walker throughout the entire winter and spring only to find out she had a fractured pelvis and, since May, had been using a wheelchair and walker, until about 3 weeks ago. It’s a good thing she enjoys sitting around reading, painting and photographing grandchildren! Oh, one bit of good news... somehow she managed to lose twelve pounds during this period. She thinks it happened because it was just too much work to wheel herself into the kitchen-all of ten feet away.
Hmm...maybe I should break something...


We’ve had lots of activity in the studio at Joyful Noise Ministries this year:
It a

with previously. This was actually the 4th CD we've worked on for lead

We also produced CD's for two others: Josh Corbett, a Christian songwriter/youth director at Rosemount United Methodist Church and S.A.L.T, a Christian vocal band based here in Monticello. Right now we are in the midst of producing the second CD for Men to Be, a Gospel quartet with five members!

...and we said we would never produce anything but a few simple, non-production demo's! I know record labels that don't do that many CD’s in a year! God is good and He is blessing the Christian artists He's given us to work with.

...Did I forget to mention the grandkids? Well, they are ALL geniuses, winning awards and contests ever

y week and just plain beautiful. I was advised not to brag too much. How did I do? 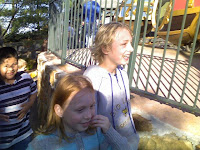 In closing, we hope you and yours are enjoying this wonderful holiday season which remembers the birth of Jesus, our Savior.

...and we want to send our blessings to all of you at this most important season of our year and into 2009...
Posted by Joyful Noise Ministries on 1:05 PM

Email ThisBlogThis!Share to TwitterShare to FacebookShare to Pinterest
Labels: Artists and Projects, The JFN Ministries Story